Dr. Doherty, who has recently moved from his role as National Clinical Lead of the country’s National Epilepsy Care Programme and runs a team in St. James’s, said that what he found at ground level on the front line was a general lack of communication across and between teams of professionals and administrative staff.

Some time ago, he started holding an operational meeting for his team in the hospital at least once a week, where people came together to discuss what they were doing, how they might improve safety and reduce waste.

“What you find when you are working in the health service is that people don’t know what their role is. They know their clinical role but there is no clarification as to how they might carry out this clinical role in a better way.

“So, I started up these meetings and it took about 18 months before it delivered. If you ask anyone in our team now, they are clear about what their role is.

“I call the process ‘Doherty’s rule,’ which states that it takes a minimum of 18 months of really terrible meetings where people sit around and probe each other about their work before real trust is established and it begins to show results in terms of team performance and quality improvement. Now, if we don’t have a meeting on any particular week, team members ask; why haven’t we met? We have so much to go over.”

Ireland, which had a terrible reputation among its citizens, had actually scored eleven places higher than the NHS (11th place versus 22nd) in terms of access and quality, according to an article in The Lancet in May.

Turning to the question of trust in the health service, Dr. Doherty said that it was interesting to consider the different reputations of the Irish and the UK health services.
The NHS had a good reputation among citizens in the UK, yet it was in as much trouble as any other health systems internationally; That was to say that in western industrialised nations, only one third of health care was evidence based, 25% of healthcare was waste and 10% of patients were needlessly harmed by the system; These figures had remained stubbornly the same for 25 years.

On the other hand, Ireland, which had a terrible reputation among its citizens, had actually scored eleven places higher than the NHS (11th place versus 22nd) in terms of access and quality, according to an article in The Lancet in May. In explaining the reasons why, the NHS was so loved, someone pointed out to him that the history of the NHS coming about during an important time of national reckoning after the second World War meant that the Irish Health service was never going to match up in terms of history.

“However, The Irish health service history is actually quite a heroic story, particularly the work of Dr. Noel Browne in the ‘40s and ‘50s when he stood up against the tide to make the point that instead of providing charity, the government had a responsibly care for its citizens. I think this is a story we should start telling.”

Dr. Doherty said the medical injury awards in Ireland seemed out of kilter with the rest of Europe in terms of costs, but the major problem with the medico-legal system was its failure to give the psychology of recovery a place in the process.

“What we have in common with the rest of the world in relation to medico-legal injury is that we have completely abandoned any idea of human psychology in regard to recovery, because it seems as if people’s compensation is dependent on the severity of the injury and the length of time it takes them to recover; This is guaranteed to both retard and prolong the process of recovery. If the award was linked to the type of injury, then recovery can proceed unimpeded.” 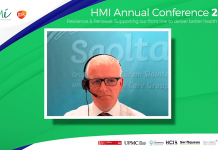 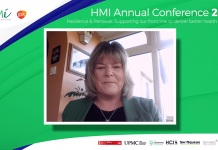 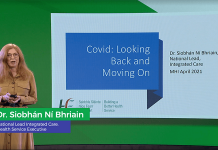