Health Managers should take a burnout survey at least every six months or once a year and more frequently if they were showing signs of burnout, Dr Pádraic Dunne, RCSI Centre for Positive Psychology & Health, told a regional meeting of the HMI, in St. James’s Hospital, Dublin.

Dr. Dunne, who was speaking on ‘From Burnout to Resilience,’ is an immunologist, practising psychotherapist and meditation teacher. He is interested in the development of Health and Wellbeing programmes for post-graduate healthcare professionals. Along with a research team that includes Prof Barry White (CEO of VHI Health & Wellbeing section and Prof Geraldine McMahon (Consultant in Emergency Medicine, St. James’s Hospital, Dublin), Dr Dunne has developed Attention-based Training (ABT) as a sustainable intervention, coupled with biofeedback technology, to promote wellbeing and reduce stress among healthcare professionals. He is also keenly interested in the interaction between mental stress and the immune system.

Welcoming Dr. Dunne, HMI President, Mr. Lorcan Birthistle, CEO, St. James’s Hospital, Dublin said 2020 was the 75th anniversary of the founding of the Health Management Institute of Ireland. The HMI, by its nature was multidisciplinary and open to all managers in both the public and private health sector. Its focus was on management in health care and many people in the health services had benefitted from its training programmes.

Presenteeism occurred when people were at work when they should be at home in bed. But they kept going until they collapsed.

Dr. Dunne said burnout had been defined as a feeling of physical and emotional exhaustion, due to stress from working with people under difficult or demanding conditions. Burnout could creep up on people. The psychological signs were increased emotional exhaustion, increased depersonalisation and decreased personal achievement, although decreased personal achievement did not in his experience apply to those who worked in the health service.

Those who suffered from emotional exhaustion could have severe mental fatigue and profound physical tiredness. Depersonalisation was about compassion. People became very critical of themselves, thought they weren’t good enough, their colleagues were better. Then they started losing compassion for patients, colleagues, management and the whole system. Depersonalisation could lead to increased hostility toward patients, reduced compassion for self, colleagues and patients. Decreased personal accomplishment – which as he had said was not usually an issue for healthcare professionals who had generally achieved academically and were high achievers – could result in career progression issues becoming a problem as time progressed.

Dr. Dunne said the organisational impact of burnout was absenteeism, presenteeism, early retirement and accelerated staff turnover. .Presenteeism occurred when people were at work when they should be at home in bed. But they kept going until they collapsed.

The patient impact was an increase in medical errors, problems with patient safety and decreased patient satisfaction.

A study by Hayes, Prihodova et al 2017, reported that one out of three doctors suffered burnout Two thirds reported that if they were experiencing mental health problems they would not want others to know (self stigma), while four out of five doctors reported working at a time when they were ill or injured.

The survey showed that seven out of ten doctors loved what they did and had a strong desire to practise medicine Only half of all doctors reported normal psychological wellbeing Eighty per cent of doctors had low levels of physical activity. Four in five doctors did not have enough time for family or personal life, due to work commitments.

Dr. Dunne said that in 2017, the Royal College of Physicians of Ireland found that one third of all Irish doctors were burned out.

“The scarier thing is that when asked if they would do something about their mental health, two thirds said no.”

Dr. Dunne said people had to ask themselves how they could be an effective leader if they were burned out.

“It’s a case of put on your own oxygen mask first. Take some time to complete the Maslach Burnout inventory on line (alternatives include the Copenhagen Burnout Scale) You should take this survey at least once per year If you are in the intermediate or high zone for either emotional exhaustion or depersonalisation, then you need to take steps to reduce your levels of burnout.”

Dr. Dunne said that although there are many contributing factors to developing burnout, including too much work, lack of acknowledgment, poor sleep, low pay, thoughts, leadership group, policy makers, patients, impaired work/life balance, the root cause of burnout is actually the perspective of the individual and the state of their thinking processes.

We introduced them to meditation and we managed to reduce stress and anxiety and boost their immune systems….at the end they all felt staff morale was better.

“We know that the health service is far from perfect We know that some colleagues take more responsibility than others. We know that some patients can be challenging, colleagues might be challenging. If we can’t fix these problems or change, them, then the only option we have left is to change how resilient we are in the face of these difficulties. However, this doesn’t mean that we don’t try to fix the systems we work in (within reason) or tolerate unreasonable behaviour.

“On a personal level, the root cause of burnout is ultimately your thinking process. It’s not what’s happening around you or to you that causes the greatest internal upheaval. Instead it is your response to these external events that enhances suffering and leads to burnout over time.

“The questions and statements of those with secondary suffering are: ‘Who shot me, why do I always get shot it isn’t fair that people shoot me, when will my pain ever end, I don’t want to be in pain, nobody understands my pain.’

Dr. Dunne proposed that an individual’s perspective coloured their reality. “If you have a slightly distorted perspective on yourself, your position in society and in the workplace, you are more susceptible to burnout than colleagues with a slightly different perspective. To target burnout, target perspective.

One of the main definitions of resilience is the capacity to bounce back from an adverse event, however, preparing for adverse events actually serves to develop resilience.

Sleep and exercise were very important for mental health. People needed a minimum of 30 minutes walking every day. “When I talk about exercise, I’m not talking about the gym, but you need to get moving. If you are seated at a desk, set alarms for stretching and to remind yourself to move every 15 minutes. In places where people live longest (The Blue Zones), only 5% of the diet is meat and they don’t eat a lot – calory restriction is common in these areas.

“You also need meaning and purpose in life. If you don’t feel your job has meaning and purpose, I suggest you leave it. Social relationships are also important. If you haven’t seen any of your friends in the last two years, I suggest there is a problem. If you are not seeing family and friends, there is a problem. People literally die from loneliness.

“The other thing that contributes to mental health problems is stress. The accelerator component (sympathetic) of our autonomic (unconscious) nervous system helps us to run or face a threat (fight and flight), while the counterpart for this system (parasympathetic) acts as a break and helps us to rest and digest. With developing burnout, the accelerator is running continuously and we don’t realise it. Perceived threats have the same effect as real threats and produce the stress hormone, cortisol. When you are stressed and burnt out, you will have lots of cortisol and that will depress your immune system, if produced continuously over a long period of time. Furthermore, burnout can have a negative impact on your ability to think clearly. In acute bouts of stress, the prefrontal cortex (logical/thinking part of the brain, reduces in activity and the emotional or limbic system takes over. This will temporarily limit your ability to engage logically.”

Dr. Dunne suggested that meditation, which provided clarity of focus, was a wonderful mechanism to build up resilience. However, it had to be taken slowly and given time to work. On average it took 261 days for a habit to stick.

There were different types of meditation, but they were all effective, depending on what the objective was. He had carried out a research project investigating the impact of attention-based training (ABT) – a type of meditation – on staff burnout in St James’s Hospital, Emergency Department. One third of those tested were burned out prior to the study and the individuals with the highest levels of burnout (medical staff) had the highest levels of stress hormone. “We introduced them to meditation and we managed to reduce stress and anxiety and boost their immune systems….at the end they all felt staff morale was better.”

Do you have HMI memorabilia? 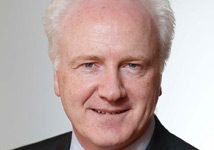