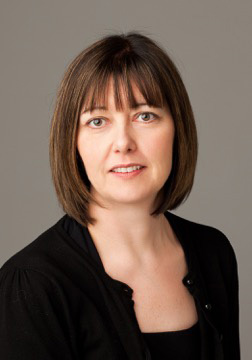 A project which has improved patient safety by automatic tracking of precious samples from theatre to laboratory, was described to the meeting by Dr Una Geary, Consultant in Emergency Medicine and Director for Quality and Safety Improvement, St. James’s Hospital.

She explained that precious samples were samples, such as cancer tissues, where a patient would be harmed if they were lost, as it would be necessary to take another sample.

Before the RFID-Enabled Technology for the Transport of Precious Laboratory Samples was introduced in the hospital, these precious samples were taken from the theatre to the laboratory by the hospital porters.

However, problems could arise if they were mislaid and if this happened, it might not be discovered until the end of the day.

“We wanted to introduce a safer system. The system’s importance for patient safety was a shared goal.”

The RFID-Enabled Technology involved tagging the sample, and with GSI barcode scanning of patient ID labels and porter ID cards.

The technology provided 45 minute and 90 minute alerts by text message and email and a tracking log to establish when the specimens passed particular points on their way to the lab.

“In developing the system, we had lengthy and widespread consultation with all the staff involved. We had particularly detailed consultations with the portering staff, who were a vital part of the chain. The external supplier perspective was invaluable- they recognised that the leadership of managers was key to the successful implementation of the system.

“The new system was introduced in 2016. It works as follows -the nurses scan the patient’s identity from the sample label generated by the Hospital’s Electronic Patient Record when the laboratory test is requested and they scan a GSI barcoded tracking tag and place both in a bag, which is then collected by a porter for transport to the lab. The location of the sample is picked up digitally when the porter passes certain areas of the hospital and again when it arrives at the lab. If a sample doesn’t arrive at the lab in a given time, an alert is sent to the Portering Services Manager, indicating a sample has not reached its destination. The tracking database is examined to identify the point where the sample was last tracked and the relevant staff are contacted. Before the introduction of this system, it could be the following day before a search was started.

“We have transported 17,000 samples since 2017. The feedback from staff has been excellent and we have received many suggestions for improvement. The role of the portering manager has been crucial to the effective and efficient working of the whole system.

“It was very clear to everybody that the introduction of the new system was all about patient safety. Porters felt supported by the system because there was greater transparency around sample movement across the campus and better communication, informed by tracking data. All staff recognised the value of taking time to reflect on the implementation of the system and to contribute ideas for further improvement.”

Dr. Geary said that it became apparent through an action research project in which front-line staff and managers participated that a real time dashboard and an improved audit tool were needed and that there was scope and enthusiasm for further expansion of the tracking system across the hospital.