Paul Harrison looks at life and death in Malawi, a country at the bottom of the world income ranking, with three public psychiatrists for 17 million people and where charity seems to be the most successful industry.

It was lunchtime at the prison in Mzuzu. It was breakfast and dinnertime too, because the prisoners only get one meal per day.  Barefooted prisoners literally slaved over giant cauldrons, perched on open wood fires in a corner of the vast yard. With wooden spoons the size of oars they stirred the nsima– a thick porridge of maize flour and water. When it reaches a putty consistency it is dolloped on to plates and served with relish, usually a thin vegetable sauce, then eaten with the hand. The prison has capacity for 200, but holds 600 men and women.  Not a bed between them, they sleep on chairs lined up like dominos in cavernous dorms. When they are released into the yard in the morning, this one meal is the highlight of the day for the bedraggled inmates who live out this daily depiction of Dante’s Inferno. 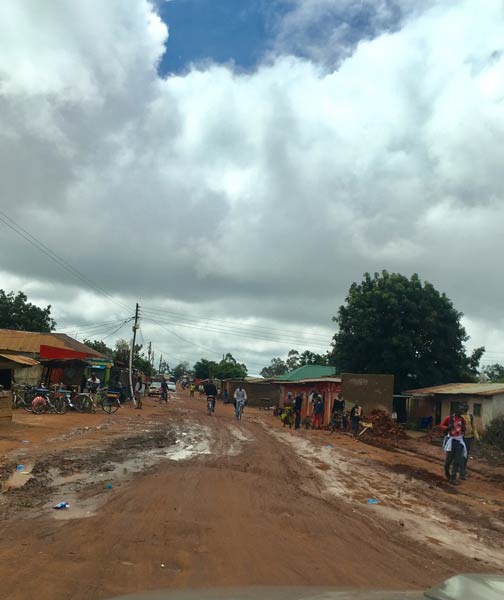 The officer in charge had an office as dark and small as a coal shed. His crop and cap rested on his desk which was being consumed by burrowing insects.  Upon it, copybooks stuffed with carbon paper were stacked in orderly piles.  In the corner, sacks of flour lay together like dozing wardens. You’d want to be mad to do a second sentence in here, we both readily agreed.  The problem was, one term was enough to push many inmates over the edge.

These workers explained that there are only three psychiatrists for the whole country and that these work at Government level.

That’s where the Hospitaller Order of St. John of God came in. They provide psychosocial counselling for prisoners.  A one-to-one session in a private room is a life-saver to distressed prisoners who have no personal space. Vocational training is also provided to groups of prisoners where they can acquire marketable skills in mobile phone repair, hairdressing, soap making and sewing.

Over the past thirty years the Malawian population grew from four to seventeen million. The country is at the bottom of the world income ranking.  Electricity and sanitation are mainly confined to the 10% living in urban areas. AIDS is the number one killer, but malnutrition is a major contributor to the very high child mortality rate. Against these odds mental health is a low Government priority.

St. John of God and others fill the gap by providing inpatient and outpatient services that the State just hasn’t got around to.  These workers explained that there are only three psychiatrists for the whole country and that these work at Government level.  Services on the ground are mainly nurse led, with the emphasis on primary care.  Volunteers are used extensively to increase capacity. In return for a modest stipend and a bicycle, they penetrate deep into remote communities to do home visits and report back to the nurses back at base. 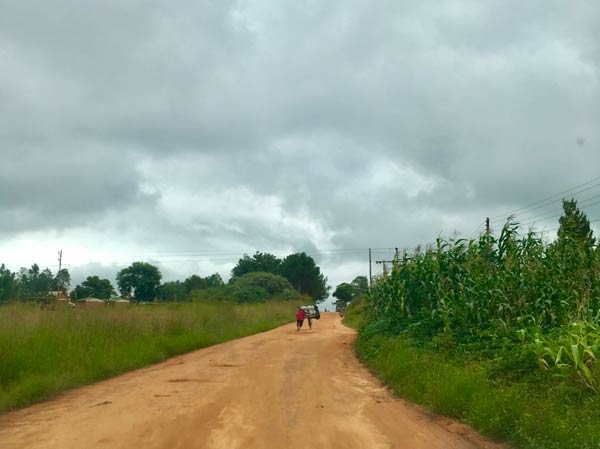 Mental illness and epilepsy are the subject of adverse traditional beliefs where they are often perceived as having a spiritual origin. Stigma is a real obstacle to people who need it getting help.  The mentally ill face the double jeopardy of being ostracised within their community where they are feared, while at the same time being prevented from accessing specialist services which could alleviate their symptoms. Public awareness, therefore, is a big part of the mental health workers’ role.  Working through family members and village elders they expound the benefits of modern medicine as an effective antidote to the behaviour that arouses such local suspicion.

Charity appeared to be the most successful industry as new, foreign sponsored 4×4 trucks whizzed past droves of local pedestrians and cyclists on their way to do good.

An outreach team brought me on a home visit to a family in a village on the outskirts of Mzuzu.  Here a mother lives in a traditional, two-roomed mud hut with five children under nine.  Two of them have cerebral palsy.  Deserted by the father, the family lives hand to mouth with whatever they can grow, scavenge or sell.  All of the children are malnourished.  The older boy with cerebral palsy played outside the hut, shuffling crab-like in the red earth.  Wearing only a woollen vest, he gnawed on a raw potato, more as a comfort toy than a meal. The focus of the outreach team was to assist the mother in managing behaviour and undertaking a daily physio routine. To borrow from a book I read somewhere, it was like standing on the brink of Hell and throwing in a damp sponge.

In the absence of adequate State intervention a plethora of charitable organisations has emerged.  In fact, charity appeared to be the most successful industry as new, foreign sponsored 4×4 trucks whizzed past droves of local pedestrians and cyclists on their way to do good. But there was no sense that the charities had come together into any semblance of a coordinated effort. Malawian health and social service workers are very dedicated and great at making a little go a long way.  But they seem stuck in a cycle of applying for foreign aid, rather than investing in sustainable ventures. In the long term, capacity-building and development needs to replace short term aid.

Paul Harrison is an independent social worker (formally Director of Policy & Strategy in Tusla). He was in Malawi to evaluate some projects funded by an Irish NGO.