Singing for staff health and wellbeing

With the pressures on colleagues in work today, it is important that we all take time to unwind/relax and participate in the things we enjoy, writes Fergal Fox, HSE Health Promotion and Improvement. 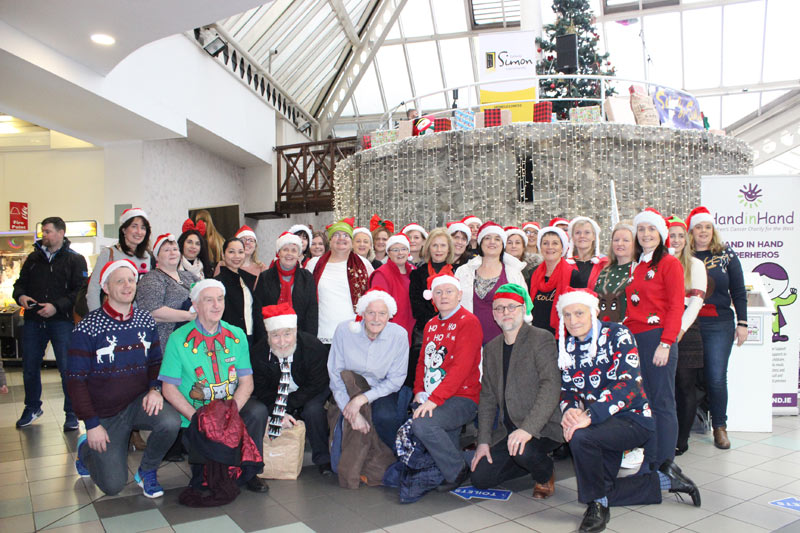 Such is the case for the HSE Tullamore Staff Choir which was just set up last October.  Set up by Health Promotion and Improvement as part of the #Littlethings Mental Health Campaign targetting the HSE workplace, the choir had a huge reaction to their first performance.

A flashmob in the foyer of the Tullamore Hospital of the choir singing ‘Fix You’ by Coldplay – went down a treat with staff, patients and family members visiting the hospital, after one member Emily Mahon – Business Manager with the National Ambulance Service got the flashmob filmed and set up a Facebook page. Positive reaction and feedback seemed to grow and grow, building up to over 130,000 views and leading the choir to set up its own Facebook page so they could share updates with the public.

The choir has been practising on a regular basis, rehearsing once a week at Tullamore Hospital. Members now stand at 40 strong from a wide range of backgrounds. With staff participating in the choir from all HSE services in Tullamore including the National Ambulance Service, Hospital Maintenance, Consultants, Nursing, Administration,Finance and HR. The choiroffersa place where colleagues can meet and do something fun and enjoyable together.

The latest big hit for the choir was a video of the group singing ‘Wish You Were Here’ by Pink Floyd.

The choir sang as part of a Remembrance Service in the Hospital for the families of those bereaved in the previous six months as well as travelling to Galway as part of the fundraising for homelessness in the ‘Sing for Simon’ before Christmas. Choir members also supported the development of a ‘Lip Sync’ video to the Proclaimers 500 Miles song promoting the ‘Love Life Love Walking’ day on Valentine’s Day which encouraged staff to walk more and sit less. This video was also supported by many Values in Action colleagues who were happy to take a fun and creative approach to communicating with colleagues. This again reached a huge audience from the Choir Facebook page with many members of the public recognising staff and family members and it became a topic of conversation across the HSE locally and nationally with great feedback received on the funny video.

A group of Oncology Nurses who helped out in this video heard from a patient’s daughter that she had heard her mother laughing in her bed and rushed to see what was going on before catching her mother watching the lip sync video and saying ’Look look, it’s my girls!’

The latest big hit for the choir was a video of the group singing ‘Wish You Were Here’ by Pink Floyd with the #Littlethings messages highlighted throughout the video as part of a message to promote mental health. This went down very well with the staff and the public with many online publications choosing to highlight and publish the video on their own websites and social media feeds. The choir was also delighted to be complimented by AnneO’Connor– HSE Head of Operations for their support of the #Littlethings Campaign.

The choir was recently recorded by the local radio station – Midlands 103 and interviewed as part of a piece on staff health and wellbeing. The next outing is to a local n rsing home where the choir hope to have the residents enjoying some old and some new songs.  The enjoyment of participation for the staff and the feedback received has made this staff health initiative very successful. The choir is also participating with other HSE choirs in a research study by Limerick University, which is seeking to evaluate what staff get from their participation in workplace choirs such as this.

Claire Donnelly who works as a Physiotherapy Manger Tullamore Hospital said – “For me personally, the choir has been one of the best things to have happened over the last six months. Apart from the Facebook fame, just coming together with others to make a beautiful sound has been fantastic.”

Fergal Fox, General Manager, Health Promotion & Improvement, who is a member of the choir and also responsible for the recording and production of the videos said, “It has been an amazing experience so far, the reaction from colleagues across the service has been hugely positive. I would encourage all colleagues to think about joining in local initiatives, it is such a good way to meet and get to know the people you might see but mightn’t have the opportunity to talk to. Singing is just one of the many things that colleagues can do to support wellbeing in the workplace.”

The choir is already planning its next piece which promises to be equally as entertaining as previous releases. Watch out for the Christmas Album!

If you wish to get some advice on setting up a choir in your workplace please contact clodagh.armitage@hse.ie