Through its collaboration with the HMI, GSK had gained a great insight into the challenges which managers in the health service faced, Ms. Eimear Caslin, Commercial Director GSK, told the Conference.

She said that when the HMI first mooted the awards system GSK was very excited because they understood the value of recognition whether people worked in the public or private sector.

GSK was the main sponsor of the HMI 2014 annual conference and the inaugural HMI Leaders Awards.

“Rewards are probably a lot less obvious in the public than the private sector. Negative press can have an effect on people who are caring for patients. Doing more with less is something which each of you is facing every day. A total of 19,000 people have left the health service and what a mammoth task it will be to take out a further 700, a month, as the Minister has indicated is required and still run the health service.”

Ms. Caslin said that GSK had also lost many staff and could appreciate the challenges involved. “For most of the people in GSK, recognition can mean anything from highlighting a win of the month to a simple ‘thank you’ when colleagues pick out people who go beyond what is necessary to help achieve a goal. It is also very important to recognise the small steps as well as the major achievements. At our Monday management team meeting every member has to pick out a win from the previous week and this is shared with all staff. It helps motivate people who have been highlighted, and it also engenders a winning culture. Consistent recognition of good performance can really motivate and drive staff.”

There is a real need to invest in people and to see this not as a cost but a vital investment.

She said the company was changing its rewards system. By directly linking financial awards to sales targets there can be a perception out there that prescribers were open to being influenced. GSK had made bold move and its sales staff will now be rewarded not for the number of boxes sold but for the quality of their interaction with healthcare professionals and the level of their scientific knowledge.

“In GSK we place great pride and emphasis on people and recognising their potential. Performance is clearly defined and measured and there is a huge emphasis on a common understanding of what constitutes performance. You are evaluated against GSK expectations.

“From our partnership with McLarens and Formula 1 we have learned a lot about how they use data in diagnostics and problem solving and used it to great advantage in manufacturing and research and development.

“One member of the McLaren team told us of the need for constant change and evolution and that if you stood still you would be at the bottom of the pile. He gave us the analogy that if a car won the first Grand Prix race and made no changes it would finish up last on the grid in the last race of the season. Change is a constant and we must constantly evolve.

“There is no doubt about the meaningful work that everybody here and your teams are doing. In GSK we are committed to supporting your work in the public and private sector. There must be internal and external recognition of achievements and there is also a real need to invest in people and to see this not as a cost but a vital investment.” 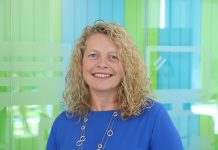 GSK is committed to supporting the Irish healthcare system

Being a woman in a leadership role 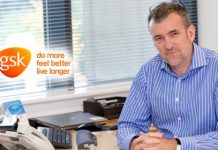 Why trust and reputation are so important in health