Many Irish organisations which have survived the past three years of recession have done so by reducing costs and boosting internal communications. This is the clear conclusion of Human Resources in the Recession: Managing and Representing People at Work in Ireland, new people management research published this in June 2011.

Some of the best-managed organisations addressed the recession head-on and increased employee engagement and consultation to secure ways to reduce costs and boost outputs. The research, funded by the Labour Relations Commission (LRC), involved a survey of 445 private and public sector managers; discussions with five focus groups; six individual organisational case studies; and complemented by interviews with 17 trade union officials.

Things were a little different in the health sector where  initiatives were highly centralised and centred on the ‘Croke Park’ agreement on pay and job security in return for  proposed flexibilities and efficiencies.  Nonetheless, lessons from the private sector can be learned. One detailed in the research report is that:

“The HR managers were at one in their view that harnessing senior management support, sponsorship and ‘visibility’ with respect to changes being sought was pivotal to their smooth implementation and acceptance by the workforce. When the message ‘comes from the top’ or from the ‘horse’s mouth’ the message was seen to carry more credibility”.

A year after the ‘Croke Park’ agreement was signed off with the public service trades unions, it is time for health managers to review how successful they have been in implementing its reforms in their own workplaces and organisations.

How much re-rostering has been introduced to enhance 24/7 services in your organisation? Are you really ready to effectively roll-out PMDS (performance management and development systems) over the next six months as agreed over a year ago?

Sadly, some senior health managers showed a reluctance last year to embrace the reform momentum and waited for direction from senior civil service figures or the HSE. Others were cautioned not to rush ahead and frighten the union leaders who have a very large influence on the implementation.

Certainly, issues such as privilege days –  not least the King’s Birthday and Empire Day – and up to eight weeks annual leave for a few public servants has bruised the public perception of the public service reforms anticipated as a result of the ‘Croke Park’ commitments.

The HR research, undertaken by UCD’s Professor Bill Roche and Prof. Paul Teague of Queen’s University, Belfast, showed that over the 2008-10 period, Irish trade unions responded to the pressures presented to them by firms ‘pragmatically’ when they were “conversant with the realities of the situation”. They added that HR managers believed that union officials commonly appreciated problems to a greater degree than their members with resultant problems in ‘selling their message to their members’.

The same could be said of the health sector on a magnified scale. Over two decades of ‘social partnership,’ managers abdicated their responsibilities for direct communication with employees and ‘outsourced’ it to trade union officials, many of whom had neither the time nor resources to engage in competent communications. Remember, for years many union officials only interacted with  ‘branch activists’, shop-stewards or voluntary officials rather than with the ‘rank and file’ who rarely ever attended union meetings.

In recent weeks the communications manager of the IMPACT union, Bernard Harbor noted that over the previous decade or more his union had “stopped proactively seeking the views of the vast majority of our members” and had “become dangerously complacent about our internal communications.” This belated union insight contrasts with the lack of employee engagement and communication strategies in many sections of the health service. Expecting motivation and morale from well-educated, professional health workers while keeping them in the dark is a sure recipe for disengagement.

Reasonable people like to be told the truth and to be consulted if they are part of either an organisational problem or its solution. Their local union representatives may ‘jump up and down’ for a while but this is often an indication of their lack of negotiating competences which were allowed to wither and wilt (or were never even learned) during the era of national ‘social partnership’ or union corporatism.

Effective engagement and proactive local management could have achieved more reforms over the past year if health managers had been encouraged to address cost and service issues directly with employees in the workplace. Instead, it was often a situation of trying to implement a ‘decree from on high’ originating from senior managers who may have no real insight into local conditions.
Failure to empower health managers will inevitably lead to a failure to engage health staff as we have been advising many people managers in recent years. The new LRC-funded HR research shines a bright light on this truth.

Any HMI health manager seeking advice (especially if a CIPD member) on internal communications issues can contact me directly at Align Management Solutions for a free consultation. gflynn@alignmanagement.net 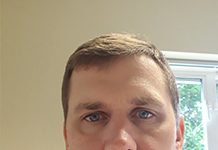 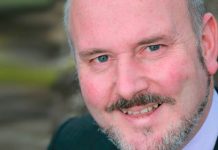 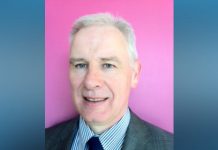 Staff may have to work more hours