The current provisions around relationships between universities and the health system in Ireland are unlikely to be sustainable into the future and Ireland is likely to be compelled to move towards establishment of Academic Medical Centres or Academic Health Science Centres, Mr. John O’Brien told a recent HMI Forum organised by the Dublin Mid Leinster Regional Committee.

The current provisions around relationships between universities and the health system in Ireland are unlikely to be sustainable into the future. In this respect, Ireland is likely to be compelled to move towards establishment of Academic Medical Centres or Academic Health Science Centres, Mr. John O’Brien told a recent HMI Forum organised by the Dublin Mid Leinster Regional Committee.

Maintenance of contemporary health service, academic and organisational standards, our international reputation and peer status will demand an ultimate shift in this direction.  Ireland is poised to potentially significantly advance AMCs/AHSCs. They are consistent with the new government intent for the health system, and fit strongly with HSE integration, ISA, and Clinical Care Programmes. There would also seem to be good support for such developments across the system.

Where AMCs/AHSCs have been  successful in Europe, they have been underpinned by strong Government/ Health Ministry policy and legislative support and this requires urgent attention in Ireland

However, some essential facilitative support is necessary if the AMC/AHSC objective is to be achieved. Two fundamental pre-requisites in this regard are as follows:

Initiatives in the area are on a strong timelined project footing. Where work has commenced in Ireland on AMCs, it has been slow to progress.

O’Brien said there were four groupings in the country already at varying stages of AMC evolution.  The most advanced were UCD/the Mater and St. Vincent’s University Hospitals and TCD/St. James’s Hospital and AMNCH.

He defined an AMC/AHSC as a partnership of one or more universities and healthcare providers focused on achieving excellence in and integrating the joint mission areas of service, research and education

The UCD initiative is centred around an incorporated company, co-owned by UCD, the Mater, St. Vincent’s – the Dublin Academic Medical Centre. All participants remain corporately independent with provision for some delegation of authority by each to DAMC in specified small areas. They are currently moving to corporately unify the health system.

The TCD initiative provides for joint governance by an unincorporated committee in the first instance. This is enabled through a formal agreement between TCD, St. James’s and AMNCH, which again makes some small provision for joint authority delegation in specified areas. They are at present driving significant expansion of the health system through incorporation of further hospitals and creation of a comprehensive ISA within the framework of the AMC.

He defined an AMC/AHSC as a partnership of one or more universities and healthcare providers focused on achieving excellence in and integrating the joint mission areas of service, research and education.  Latterly, there had been an added emphasis on enterprise and innovation.

These partnerships can be established at differing levels of intensity, each of which is likely to support achievement of the impact and value of AMCs to varying degrees:

The rationale and benefits of these types of partnerships include:

International models of AMCs and AHCs

He said the longest established are in the USA,  where some examples are Johns Hopkins in Baltimore, Partners/Harvard in Boston, Duke in Raleigh/Durham, the University of Pennsylvania in Philadelphia and New York/Presbytherian/Columbia in New York. While models in the US differ they all display some critical underlying characteristics for success including

The Netherlands has established eight AMCs around academic hospitals and universities on foot of a formal and legislatively based government initiative.

Scotland has developed an interesting hybrid by creating University/NHS partnerships around four health boards and four universities at Edinburgh, Glasgow, Aberdeen and Dundee. The initiative was governed by a strategic oversight board, chaired by the Chief Medical Officer, reporting to the Head of the NHS in Scotland. Its primary focus was to target public investment in research.

John O’Brien is a former CEO of St. James’s Hospital, Dublin. He was also National Director of the National Hospitals Office and Adviser to the then CEO Brendan Drumm at the HSE 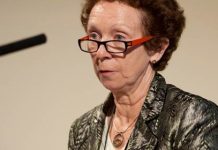 Autonomy and governance at risk 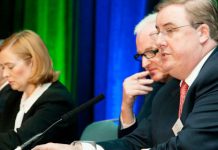 The governance of the hospital groups 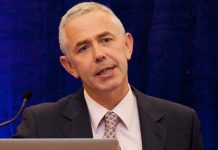