Home May 2011 Can the Reilly recipe succeed where Harney’s failed?

The new Government for National Recovery 2011-2016 programme, approved by the Oireachtas in March, sets out a process for radical reform of how our health system will be financed: instead of paying for healthcare through a combination of taxation, out-of pocket payments and supplemental private health insurance we will pay for it largely through universal health insurance. In the midst of a grave national crisis why is the Government proposing major change in healthcare funding? Can it succeed in the next five years?

There are a number of vital reasons why we need to reform our health funding system. This Government is the first in the history of the State that is committed to developing a universal, single-tier health service, which will guarantee access to medical care based on need, not income. If it succeeds, then Susie Long’s bravery in 2007 in speaking out about how the ‘two-tier’ system cost her life will not have been in vain.

The current funding model is not sustainable and it is grossly inefficient and ineffective: this has been documented by the ESRI and others in major reports. Given the future projections for population growth (particularly the elderly) and the epidemic of chronic diseases which confronts us in the next ten years we simply do not have the option of increasing wasteful public expenditure.

If Minister Harney was more ‘Boston than Berlin’ – and she failed to reform our health system in any coherent and successful fashion – then the new Government is more ‘Berlin’: it states “The Universal Health Insurance system will be designed according to the European principle of social solidarity: access will be according to need and payment will be according to ability to pay. The principle of social solidarity will underpin all relevant legislation.”  Can the Reilly recipe succeed where Harney’s so dismally failed?

Twenty-seven other countries have successful variations of social insurance funding for their health systems: there is no technical reason why Ireland cannot have such a system adapted to Irish conditions

Given political will and the exercise of skilful leadership – the answer is yes. Twenty-seven other countries have successful variations of social insurance funding for their health systems: there is no technical reason why Ireland cannot have such a system adapted to Irish conditions.

The new Government is correctly proposing a stage by stage approach starting with primary care. In four stages over four years it will extend free access to GP care for all citizens at the point of use. Giving priority to primary care is absolutely right. The proposed steps have been very well costed and set out in the Labour Party’s Plan for Fair Care, published on 8 February, 2011: this was probably the best costed health policy ever produced by an Irish political party. The Labour Party used the detailed research produced by the Report of the Expert Group on Resource Allocation and Financing in the Health Sector http://www.dohc.ie/publications/resource_allocation_financing_health_sector.html in July 2010 and the three seminal research reports on social health insurance published by the Adelaide Hospital Society between 2006 and 2010. It is perhaps significant that a new Labour Minister for Primary Care, Ms Roisin Shortall, T.D., has been appointed.

The new Government has set out a ‘pathway to Universal Hospital Care Insurance’ to lay the foundations for secondary care in the next five years:

The HSE “will cease to exist as its functions are given to other bodies during this process of reform.” The Minister will take responsibility in a more direct fashion.

The advantages of social health insurance will include: a single tier service, based on need not income; a better utilisation of primary care; vastly better incentives for providers to care more efficiently and better for patients and a much more transparent funding system. The key is to develop better payment systems for providers which will incentivise more appropriate care for the most costly part of healthcare- chronic diseases. The Government is proposing competing private insurers and also to keep the VHI in public ownership as a public insurer: citizens will have a choice of insurer who will pay for the ‘common basket’ of free at the point of use primary and hospital care. This will require a system of risk equalisation which is always costly and problematical: another option which might be employed is a single-payer system- one driven by a new national framework of payment systems to deliver better outcomes at lower costs. The proposed White Paper, I suggest, should set out in detail a comparison of both models and we should implement the most cost effective approach.

Learning from the Irish Water experience 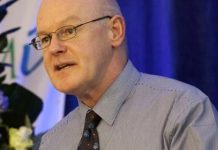 Most care should be in primary system