The HSE has announced details of the 15 candidate colonoscopy units that have been initially selected to provide the colonoscopy requirements to Ireland’s first national population-based colorectal cancer screening programme. It states that the remaining units will focus on patients who are referred with symptoms.

The HSE says this selection provides a good geographic access and supports the aim of having a network of accredited units in place by 2012. Any unit not initially selected may in time be included as a screening colonoscopy unit as part of the national colorectal cancer screening programme. It says that achieving confirmed status as a screening colonoscopy unit will be contingent upon these 15 sites demonstrating sufficient capacity, reducing waiting times for all endoscopy procedures, adherence to clinical performance targets, quality standards and meeting accreditation requirements as determined by the National Cancer Screening Service (NCSS) Quality Assurance Committee during the course of 2011 and 2012. The programme is planned to be available to men and women aged 60-69 in 2012.

In Ireland, colorectal cancer is the second most commonly diagnosed cancer and the second most common fatal cancer among both men and women. One of the significant aspects of colorectal cancer screening is that it can detect pre-cancerous adenomas and is therefore a true cancer preventative health measure. Men and women aged 60-69 will be offered a free home testing kit known as a FIT test. Approximately 94 to 95 per cent of people who take part in the programme will receive a normal FIT test result and will be offered another home testing kit in a further two years. Approximately five to six per cent of people screened will receive a result that will require an additional test. They will be referred for a screening programme colonoscopy.

The HSE sought expressions of interest in January 2010 from all publicly funded hospitals that wished to be considered as a screening colonoscopy unit as part of a national programme. Thirty one hospitals in total expressed an interest. The HSE commissioned baseline assessment visits in those units. The visits were conducted by the HSE’s National Cancer Screening Service in partnership with the representative professional bodies, the Royal College of Physicians of Ireland, the Royal College of Surgeons in Ireland and the Joint Advisory Group on Gastroenterology (JAG) in the UK. All baseline visits were completed by 30 September 2010 and all hospitals received a follow-up review by 31 December 2010. The purpose of the baseline assessment visits was to examine the likelihood of each unit achieving independent accreditation within 12-18 months and readiness to incorporate screening colonoscopies into their current service.

In response to the baseline assessment visits, each hospital has developed and implemented an action plan designed to improve the quality of service provided and is working towards achieving independent accreditation. Actions taken by hospitals include changes to management and leadership in endoscopy units, improved referral and pooling practices, better waiting list management and improved decontamination processes. The HSE says that since January 2010 the NCSS has focused on building sufficient capacity in colonoscopy services nationwide to prepare for the introduction of the screening programme, while maintaining and enhancing the capability of the symptomatic service. A major quality improvement initiative, the National Quality Assurance Programme in GI Endoscopy, is being developed by the Royal College of Physicians of Ireland (RCPI) and the Royal College of Surgeons in Ireland (RCSI) in collaboration with the HSE and the NCSS. 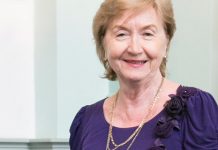