Home November 2010 A health manager is an honourable profession

Top health service management guru, William McKee, says hospital managers have to meet six challenges to provide a safe, improving and modernising service – and the order of the wording is important, as the priority is a safe service.

Fifty-eight years old McKee has just retired after spending 34 years in health service management in Northern Ireland, 18 years as Chief Executive of the Royal Hospitals in Belfast and the last four as Chief Executive of the Belfast Health & Social Care Trust – the biggest Trust in the UK. He has received a Commander of the British Empire (CBE) for services to the NHS in Northern Ireland.

This month, he took up a new appointment to coach, advise and mentor the Acting Chief Executive and Senior Management Team in the Adelaide and Meath Hospital, Dublin incorporating the National Children’s Hospital and to support the hospital’s Chairman in developing the hospital board.

“The most striking thing is that, in these straitened times, all health services and systems have the same challenges and indeed the same opportunities. The first challenge is primarily to meet the expectations of patients, but also of the public and politicians who are generally mandated to decide healthcare budgets.

“A patient takes for granted a high quality technical care but what they really want is to be treated with respect and dignity. They also want a flawless and immediate service and that is the second challenge.

“The third challenge is to make the best use of resources. I think health service staff should liberate themselves from thinking that it is for them to decide what to spend on health and social services. That’s the politicians’ role and let them take responsibility for the resources available and make sure they accept this responsibility.

“The next thing for managers to do is to set about working with other hospitals, networks and systems and with primary care, particularly with G.Ps.

“I also think it is very important for hospital managers to work with the local community and voluntary sectors and with patients who can support other patients with the same conditions.

In the new Belfast Trust, nobody was slotted into the senior management jobs

“The sixth challenge is about engagement with staff – 80 per cent of improvements in any organisation are due to staff and staff must be connected, encouraged and recognised for their contribution.”

McKee’s appointment to the AMNCH is not an executive post but a supportive and advisory role to which he is trying to bring the experience of his many years in health management particularly at CEO level.

The Belfast Health & Social Care Trust has a staff of 20,000, including 600 hospital consultants and an annual budget of €1bn to provide health and social services for the people of the area and specialist services for Northern Ireland.

The Trust was established in 2007, following the merger of six previous Trusts. William McKee moved there from his previous post as Chief Executive of the Royal Hospitals, comprising the Royal Victoria, Royal Maternity and Royal Belfast Hospital for Sick Children.

“I think generally the Trust is seen as a success. I think people worry about its being too large and too busy, making it difficult to handle. But increasingly, the benefit of size has been seen to outweigh the advantages of being smaller. Organisations generally are getting larger and this gives economies of scale. The downside is that with a large organisation the senior team is seen as being too distant. The more distant you are the more important it is to have devolved structures.

“We have done many post mortems over the last three years to establish what succeeded. One of the most important things we did when we set up the Trust, was that we were particularly determined to re-structure and re-appoint staff from the six previous Trusts above Levels 5 or 6. This was a really good idea as nobody was slotted into the senior management jobs.

“We started this process at Christmas 2006 with the Chief Executive (which was open to everybody) and the Directors (which were open to the public service). The remainder were open to Trust staff. This was still going on the following summer and we were exhausted. The momentum slackened during the summer holidays, but we persevered with it.

You won’t get innovation by exhorting, by demanding or by bullying but by getting the trust of staff and the public

“The structures were kept under review. We were aware some people would find their new roles difficult and in these cases we allowed them to exit honourably by re-structuring the post.

“In my farewell meeting with the Secretary General of the Department, I said the challenge for the system was that if Belfast was twice as big as other trusts, was it twice or four times more complicated to manage. If it has 46 specialties and others had 13 was it three or six or nine times more difficult manage. In other words, they should see how the management in Belfast compared with the big Trusts in the UK.”

McKee says that too many people think hospitals are big machines. “You set the dials and everything will go. It doesn’t work like that. Hospitals are social centres and you can’t set the dials. There is a price for being a big organisation, but I think the advantages outweigh that.

“I have known senior managers in the Republic for many years as colleagues and friends and I admire them tremendously. I would say to them ‘Being a health manager is an honourable profession. Keep your heads up high and if you put patients first and staff a very close second (they’re volunteers, not conscripts) it will work out.

“The big challenge for the health care system at this time is to value trust and openness. If you don’t engender trust, then middle management and clinical nurse managers will not take risks to innovate and there will be no change and change is vital for the improvement, and even the survival, of the service.

“Healthcare is changing very fast and it is going to change even faster, so you need innovation, or transformation as the HSE calls it, and you won’t get this by exhorting, by demanding or by bullying but by getting the trust of staff and the public. 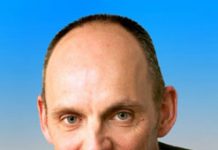 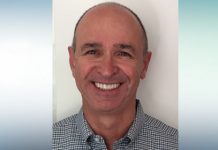