How many Black Swans are there in the Irish Health Services?

Have you got the competencies required to make best use of the staggering amount of  data in the Irish health services and to avoid misinterpretations and wrong conclusions, asks Conor Hannaway.

In 2008, a paperback called The Black Swan by Nassim Taleb spent eighteen weeks at the top of the New York Times best seller list. The title suggests mystery, intrigue and romance – the reality was different and the book owed its success more to a clever title and to the incredible impact of the author’s previous breakthrough work, Fooled by Randomness.

This latter text gave birth to the black swan as a statistical phenomenon. The Black Swan refers to sudden, unexpected events with monumental consequences – what could be called “outliers with attitude”. Examples include the First World War, the Twin Towers’ terrorist attack and the financial meltdown in 2008. He uses it, amongst other things, as a metaphor in relation to our lack of understanding about the nature of statistical data and the random nature of success and failure. If one accepts randomness, then the bell shaped distribution no longer adequately reflects the reality of the world in which we live.

The health services are replete with data on every conceivable dimension of operational, clinical and financial performance

The health services are replete with data on every conceivable dimension of operational, clinical and financial performance. There is a staggering amount of statistical information available to an ever increasing number of people.  The availability of such data raises questions about the competencies required to make best use of the data and to avoid misinterpretations and wrong conclusions.  Two examples, the second from Fooled by Randomness, are helpful in gaining a sense about how data can be misunderstood. 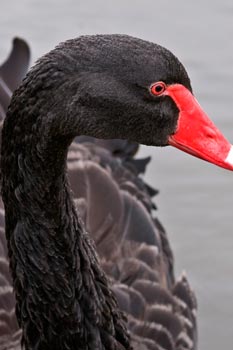 Suppose that there is a town which has two hospitals, one large hospital and the other small. If, one day, in one of the hospitals, 60 per cent of the births were boys, which one would it be more likely to be? Most people do not get their answer right although there is a fifty-fifty chance of a correct response.  You would be correct if you chose the smaller hospital because a lesser number of births increases the probability that a sample would deviate from the mean.

Consider the case of a disease which strikes one person per thousand where the test for the disease presents a rate of five per cent false positives. If a patient’s reading is positive, what is the probability that the patient has actually got the disease? Research indicates that most doctors in the US would conclude that there is a 95 per cent probability that the patient has the disease. The correct answer, assuming there are no false negatives, is nearer two per cent.

As we come to rely more and more on numeric data, it might be the right time to dust off the covers from our Leaving Certificate texts on statistics so as to be able to get the real truth behind the numbers.  At the least, a quick read of one of the many books of this genre, may heighten awareness to the pitfalls in data.

Leonard Mlodinow’s The Drunkard’s Walk is one such book. It is a much easier read because it examples are more day-to-day compared to those used by Taleb. It warns of the dangers of relying on too little data on which to form opinions or to make decisions.  His message is close to Taleb’s thesis. No amount of sightings of white swans can prove that there are no black swans, however, one black swan is sufficient to prove that not all swans are white.