Patients to decide how to spend state health money

Hundreds of thousands of people in the UK will receive personal allowances of NHS cash to organise their own care as ministers seek to “put power back into the hands of patients,” according to Chris Smyth, Health Editor of The Times. 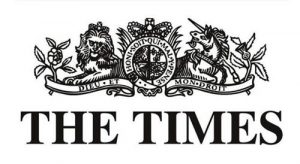 He said far more people with mental health problems, dementia and physical and learning disabilities would have the right to select and pay for treatments they want. The money would be paid directly to them and could be spent on whatever that they think best helps to manage their condition, as long as a doctor agreed.

“Veterans leaving the army and wheelchair users have also been promised the “personal health budgets” after complaints that care provided to these groups by the NHS is not good enough. Some such budgets run to tens of thousands of pounds, he wrote in The Times.

He said the reforms would allow recipients to employ relatives or neighbours as carers, buy specific pieces of equipment, enrol in exercise classes or hire a personal assistant. The policy had been controversial in the past because such budgets had been spent on holidays, horse-riding lessons and aromatherapy.

“At present 23,000 people have personal budgets in the NHS through a little-known initiative called NHS Continuing Healthcare, designed for those who need both social care and nursing. Now ministers want an ‘exponential’ expansion of the right to have personal health budgets, taking the number up to 350,000.

“Giving patients the personal responsibility for their healthcare on such a scale is compared by some to Margaret Thatcher’s decision to allow tenants to buy their council homes. The reform is also significant for combining money from the health and social care budgets, a wider goal for health reformers.

“The budgets have the backing of Jeremy Hunt, the health secretary, and Simon Stevens, the head of the NHS. Mr Hunt is preparing to lay out plans later this year to reform social care.”

The article quotes Caroline Dinenage, the Care Minister, saying: “If you have complex needs our current health and social care system can be confusing, so it’s right people should be involved in the important decisions about how their care is delivered. These changes will put the power back into the hands of patients and their families.”

She said that personal budgets for patients would “not only improve quality of life and the care they receive, they will offer good value for money for the taxpayer and reduce pressure on emergency care by joining up health and social care services at a local level.”

Ministers see the policy as a way to let individuals tailor their own care, circumventing cumbersome attempts to make fragmented health services work more closely together.

The article said some on the left feared that personal budgets would lead to privatisation of the NHS, as money was diverted from existing services based on consumer choice. Right-wing critics feared that the money could be spent frivolously.

“Ministers see the policy as a way to let individuals tailor their own care, circumventing cumbersome attempts to make fragmented health services work more closely together. They point to evidence that people’s health improves if they can spend NHS money on what matters to them, while cutting costs by 17 per cent on average by stopping expenditure on unhelpful treatment.

“Supporters have defended purchases of computer equipment or football tickets, saying that such items can be crucial in helping people with complex conditions to thrive, with all spending signed off by doctors. Money for personal assistants and iPads can be justified if doctors think that this will help people to organise treatment or live independently, they say. The budgets cannot be spent on alcohol, tobacco, gambling, debt repayment and illegal activities.”

Mr. Smyth quoted Nigel Edwards, Chief Executive of the Nuffield Trust think tank, who said that for people with suitable long-term conditions that were too complex for existing services there was good evidence that personal budgets worked.  He said that concerns about what happened if a recipient took a personal budget and spent the whole lot on a world cruise had so far turned out to be groundless. There would be examples of football season tickets, which got people upset, but he did not think it was systemic.

However, Caroline Abrahams, of Age UK, was quoted as saying: “Older people in declining health with social care needs generally tell us they are not very interested in getting involved in organising the services they receive, they just want them to be effective and joined up, and delivered by kind and skilful professionals.”