The HSE will have €6 million less to spend on acute hospitals this year compared to last year, according to the HSE National Service Plan.  Maureen Browne reports.

And it appears that the HSE estimates will actually be short €245 million in its budget for acute hospitals this year.

It also appears that the HSE will be short approximately €346 million or 2.4% in the amount it needs to run all its operational services in 2018.  This, according to DG Tony O’Brien will be “a significant financial challenge.”

And it appears that the HSE estimates it will actually be short €245 million in its budget for acute hospitals this year.

The HSE says this means the financial challenge within acute hospitals, before cost mitigation is estimated to be €245 million after application of the DoH provided planning assumptions and significant cost avoidance.

The acute hospitals will also be expected to generate income of €904.5 million during the year. The NSP says their gross budget for the year will be €5,505 million or €4,600.5 million when the income they will generate is taken into account.

However, the 2018 budget is just €238m, or 1.6% above the cost of delivering services in 2017, which is estimated at approximately €14,318m, including activity related and other cost variances.

The 2018 budget includes a sum of €143.5m which is being held by the DoH for additional service initiatives which will be released during the year as specific implementation plans are agreed.

It also appears that the HSE will be short approximately €346 million or 2.4% in the amount it needs to run all its operational services in 2018.

In addition, a further €2.45m in relation to dormant accounts funding is subject to a separate approval arrangement with Pobal and will be drawn down following approval by Pobal in relation to the funding, leaving a total of €145.9m held by the DoH.

The DG said the growing cost of delivering core services was such that the HSE faced a very significant financial challenge in 2018 in maintaining the existing level of overall activity, to which it was fully committed.

Taking account of these assumptions, the HSE estimates that there will be a financial challenge within the operational service areas of approximately €346m or 2.4% excluding what the HSE refers to as pensions and demand-led areas.

It says this is after significant measures have been taken to avoid unfunded cost growths and on-going routine efforts to operate services within available resources.

The National Service Plan noted that the HSE’s capacity to respond to new drugs and new indications for existing drugs was limited.

A total of €196.1m has been scheduled for expanding existing services and developing new services including responding to demographic pressures, and to commence new approved service developments.

A total of €143.5m of this €196.1m is being held by the DoH. This funding will be released to the HSE on approval of implementation plans and commencement of specific developments. 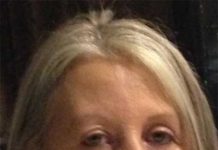