From a longer term perspective, it was clear that a new way of paying for Ireland’s health services would have to be developed and implemented, according to the Deloitte 2017 Global Health Care Outlook, “Taking Ireland’s Pulse.” Maureen Browne reports.

The report says Global health care expenditures were projected to reach $8.7 trillion by 2020, a 24% climb from $7 trillion in 2015. This was driven by advanced, yet costly, treatments in therapeutic areas coupled with rising labour costs and increased life expectancy.

Ireland’s total health expenditure reached €19 billion in 2014 (latest available figure) and public expenditure €13bn. Similar to its peers globally, Ireland’s spend continued to climb – the Department of Health suggested that our public health spend, based on demographic changes alone, could rise by close to 6% between 2015 and 2021. However, our per capita healthcare spend continued to surpass levels seen in most developed countries.

Deloitte said that given anticipated budgetary pressure, many countries were examining the sustainability of their healthcare funding models. Healthcare providers internationally were set to prioritise clinical and administrative waste reduction and operational efficiency in 2017.

Public health spend, based on demographic changes alone, could rise by close to 6% between 2015 and 2020

Developments in the Irish health ecosystem mirrored global trends in some key areas, such as through efforts to devolve treatments into primary and community settings or via innovations in the field of eHealth.

“Cost containment continues to be a critical issue for the Irish public health sector. The national healthcare Financial Reform Programme was introduced to improve financial oversight and control, and will provide decision support with regard to cost containment and cost reduction options.

“However, there is some uncertainty in Ireland as to the long term view on financing and payments, and a model for an inclusive health system.

A longer term public health view on innovation is key to driving a value-based approach to healthcare.

The Deloitte Global Outlook has identified a number of emerging financial models for healthcare in other countries. The United States was establishing a payment system that would more closely align reimbursement with quality and outcomes. Denmark was moving from diagnosis related group (DRG) financial models towards a focus on service quality and relevance rather than volume. The United Kingdom was expecting to see an increase in collaborative contracting

The report advises that to address financing needs, healthcare stakeholders should continue to explore novel approaches to addressing shortfalls in capital expenditures, such as through new procurement models and public-private partnerships. “For example, managed equipment services for medical devices are now offered by a range of medical technology suppliers and provide an opportunity to move costs from capital to operating budgets. This has been implemented widely in the UK as well as within Ireland’s private health sector.”

The report accepts that a range of important measures have recently been adopted with a view to controlling costs in the Irish public health system.

However, it says reimaging and reconfiguring economic incentives were critical to the push towards risk-sharing and emerging payment programmes such as outcome- and value-based payment models.

The move toward activity based funding was taking Ireland in the right direction for the adoption of outcome-based payments further down the line. Ireland could also benefit from adopting learnings from international efforts at this point.

“Significant cost control and efficiencies should also be gained by the transition to activity based funding, the new drug pricing agreement, and through consolidation in hospital and primary care. Technology-enabled care, which is a key component of Irish public health transformation, will also assist in efforts to reduce costs.

“Further cost control and efficiency measures in the shape of multi-annual budgeting or increased risk sharing have yet to be explored. Ireland has also yet to make a concerted move towards using outcome-based funding (beyond an early iteration of the Casemix programme). In addition, capital expenditure continues to be impacted by climbing operating costs. For equipment replacement alone between 2017-2021, the HSE estimates that Ireland faces a shortfall of €1.6 bn.

Enhanced sharing of data can provide a quick win to support consolidation and localisation of healthcare operations.

It says Ireland was keeping pace with international policy development around population health.”For example, the HSE’s chronic disease management programme targets subpopulations which are said to increase over time. The phased roll-out of the national health record and development of data analytics will bolster the segmentation and “predictive modelling” associated with population health management.

“Ireland is also moving in the same direction as many of its global counterparts on health localisation. A process has been in play to replace the current centralised model of healthcare with a new system of earned autonomy. The HSE is focussing on devolving decision-making and accountability, where possible, to front line services through the development of Hospital Groups, Community Healthcare Organisations, and the National Ambulance Service. Under the new model, healthcare professionals will be given much greater leadership roles and provide operational freedom. This freedom comes with new or extended responsibilities in terms of patient quality and access requirements

The report says that Ireland needs to continue and speed up our shift from a “break-fix” model of health care to one focused on prevention and the health of the population.

It said Irish healthcare providers were keeping pace with international trends in a number of key areas – there was a growing focus on localised and integrated care within the public sector, a focus on transforming and consolidating operations, and a regulatory focus around patient safety, cyber, and data management.

“While national health systems are notoriously difficult to compare, it’s clear that many of the drivers that are forcing health reform globally apply to Ireland. From that perspective, there is clear value for Irish stakeholders to examine novel responses and best practice in international healthcare management as these areas develop.”

It said Ireland’s healthcare providers were moving at varied paces where adopting new innovations were concerned. For example, while use of robotic surgery was on the increase nationwide, it had typically been offered earlier by private hospitals.

“Whilst innovation will offer important opportunities to improve treatments and cut costs in Ireland, healthcare stakeholders must balance adoption with authorisation requirements and ongoing operational cost pressures,” the report warns.

“Consequently, a longer term public health view on innovation is key to driving a value-based approach to healthcare. Multi-annual budgeting would facilitate the development of this long term perspective.

Multi-morbidity aged care tends to account for more than 50% of the typical caseload of Irish hospitals and an even greater proportion of the available bed days within the system. Cost and care implications here are driving a model of integrated care to treats patients at the lowest level of complexity that is safe, timely, efficient, and as close to home as possible. Integrated care programmes under development target chronic disease prevention and management, older people, children, and patient flows. This will involve a collaborative approach with service users, medical colleges and clinicians to develop and implement processes to improve the way in which care is provided.

While moving towards universal health care remains a political priority, the report says that Ireland, similar to many advanced and emerging economies, continues to struggle with the creation of a cost effective model for a single tier health

The report says Ireland was moving towards consolidated operations via its Hospital Groups. Furthermore, Community Healthcare Organisation structures are being put in place to deliver standardised, accessible and integrated primary care to patients. In addition, a patient centric approach was being embraced by current policy and service design to improve services (for example through the “my name is” initiative and the use of patient satisfaction surveys).

However, it says that no matter how well-designed current policies were, implementation would present important challenges and would take time. “For example, a more streamlined, devolved healthcare system necessitate the development of structures and processes to support the establishment and functioning of service provision arms including the Hospital Groups, Community Healthcare Organisations, and the National Ambulance Service to reflect and support the developing accountable and autonomous nature of these organisations. Enhanced sharing of data can provide a quick win to support consolidation and localisation of healthcare operations. The national electronic health record will have an important impact here, but organisations should look to deploy and share existing data more effectively in the near term.”

Preparations were also underway for the transposition of the EU Directive on Cyber Security and the adoption of the new Data Protection Regulations. 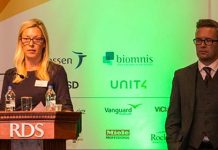 EReferral will save €2.6 million 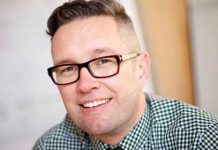