Ireland was not doing too badly in spending on healthcare – it was now in the eighth position in the OECD, behind the US, Japan, Switzerland, Sweden, Netherlands, Germany and France. Dr. Brian Turner, Lecturer in Economics, University College, Cork, told the Conference.

However, he warned that, based on 4.76m population, we would require over 2,800 additional doctors and over 9,000 additional hospital beds to bring us up to the OECD average.

Speaking on “The reality of health economics in Ireland,” he said Ireland’s position was now more comparable with other OECD countries, as there had been change in the definition of what constituted healthcare and greater share of what was previously considered social care was now considered healthcare.

We had exceeded the OECD average since 2008, due more to our falling GDP rather than rising health spending. Our spending as a percentage of our gross national income ranked us seventh in the OECD. However, with the increase in our GDP Ireland’s ranking would fall unless spending was greatly increased.

In the EU-15, Ireland now had the third highest proportion of money on health spending coming from private sources and this had implications for equity.

Dr. Turner said that the majority of health spending in Ireland– 69% – came from the government. Voluntary health insurance contributed only 13%, despite the fact that nearly half the population was covered, 15% came from out of pocket expenses and 3% from other sources.

Private funding had increased in recent years, from 21% in 2008 to 31% in 2014. In the EU-15, Ireland now had the third highest proportion of money on health spending coming from private sources (only Portugal and Greece were higher) and this had implications for equity.

Where providers were concerned, the largest share of the money – 35 % – went to hospitals, 20% went to ambulatory care, 19% to long term residential care 14% to retailers of medical goods and 12% to other areas.

Where functions were concerned 54% went on curative/rehabilitative services, 22% on long term care (health), 15% on medical goods, 3% on preventive care and 6% on other areas.

Our public and private health systems operating side by side – a public system funded by taxation and a private system where roughly half the population bought private health insurance and this was allocated largely on a fee for service basis.

The difficulty was that the providers were largely one and the same and if one was being allocated funding on a block basis and the other on a fee per item basis there was an incentive- which might not be acted on – to treat private patients.

While a mixture of public and private funding and delivery were not unusual internationally, the degree of overlap in Ireland was significant.

Prior to 2011 – when the National Treatment Purchase Fund was at its peak – public patients who were waiting significant times to get into public hospitals because beds were taken up by private patients could go to private hospitals and have their care there paid for by state. This was unique in an international context.

By international standards Ireland hae a high number of people who had to pay out of pocket expenses for primary care. Approximately 38% of the population have medical cards and approximately 9% have GP Visit cards. The remainder faced significant out of pocket expenses and some might put off going to the GP on cost grounds and could end up going into more expensive hospital care.

There was a take-up rate of 46% for private health insurance. There had been significant inflation of premia until 2014, when it moderated, but it was now accelerating again. The exit from the market when the economy was struggling was concentrated on the younger age groups. The large number of older people contributed to the increase in premia between 2008 and 2014. The fact that the market contracted by only 12% cent during the economic downturn was an expression of how people really valued their health insurance and wanted to hang on at all costs.

The fact that the market contracted by only 12% cent during the economic downturn was an expression of how people really valued their health insurance and wanted to hang on at all costs.

To bring these figures into line with the OECD average would require (based on 4.76m population) over 2,800 additional doctors and over 9,000 additional hospital beds.

However, we were getting some things right and we were not alone in our health problems other countries faced exactly the same issues. Irish life expectancy at birth was above the OECD average, our mortality rates from ischemic heart disease, though still above the OECD average (136 vs. 117 deaths per 100,000 population), fell at a faster rate (down 59% vs. 45% from 1990-2013).

On a self-assessed health status – 82% of people reported their health as good or very good, which was the fifth highest proportion of 33 countries surveyed.

On the broader environment, Ireland’s debt increased significantly during the economic downturn and this would impact on the Government’s ability to spend more on health. There was also a greater European oversight of Ireland’s budget and we faced a period of population growth, population ageing and an increasing incidence of chronic conditions.

The King’s Fund report in 2013 suggested public spending on health and long-term care in EU could rise from 6.7% of GDP in 2007 to 13% by 2060. Adding in private spending would increase these figures but we had to ask how much was sustainable.

Dr. Turner said the ten year plan was a good idea. It needed to be realistic, define what was meant by a universal single-tier health service and focus on allocation and delivery rather than funding mechanism. A universal single tier public hospital and GP service for everyone might be achievable but would need very significant additional investment.

Expectations needed to be managed. The ten year plan provided an opportunity to plan for the future. Primary care was appropriate for managing 90% to 95% of care but the resources had to be put into primary care before care was transferred there.

He concluded by saying we needed a national forum for everyone in the health service to get together to trash out the issues and see what could be achieved. 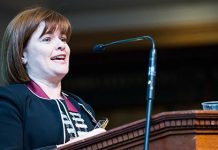 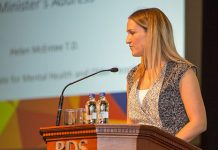 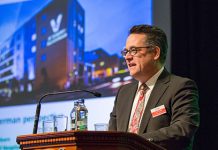 Germany has over-supply of services